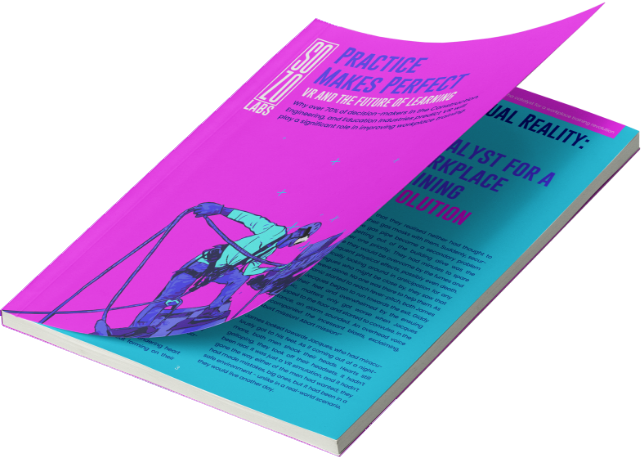 Myths & mayhem: the facts and misconceptions about VR

Mainstream perceptions about VR have become all too predictable. There are many myths about VR. People believe that VR is limited in its scope, incredibly expensive, and impractical for most applications. The truth is that the VR market is growing faster than ever before. In addition, VR hardware is becoming more cost effective, and new VR software applications are cropping up all the time. VR is not just for entertainment. The primary application for VR is in workplace training, for technical and soft skill instruction, across multiple industries.

In a recent research report conducted by Sozo Labs, our findings indicated three key areas where respondents had misconceptions about the use and impact of VR. The three main concerns are high costs, fear of the unknown (adoption rate), and VR’s application beyond gaming. Here’s are some of the most prevalent myths about VR.

Aside from its potential to ruin a great hairstyle, the scariest thing about VR has been its price. If you had to go back to the 1980’s, you’d be paying $350,000 for the world’s first VR products. A lot has changed in the last few decades, and thankfully, due to the increased adoption of this tech, VR has become more and more affordable for consumers. A common myth about VR is that is necessarily exorbitant.

Meta’s standalone Oculus Quest headset, which hit the market in May 2019, is a prime example of VR’s growing accessibility. Priced at just $399, the headset doesn’t require users to purchase an expensive gaming computer to explore immersive VR worlds. The headset contains the entire experience.

Reducing the reliance on expressive processing power and storage will start to diminish thanks to the rollout of 5G. Upfront VR software is an initial expense. However, compared to the more traditional approaches to training and development, this cost is minimal in the long term. The beauty of VR software also lies in its ability to be bespoke and concentrate on the needs of your business and team as opposed to more generic training methods that have a “spray and pray” approach.

“The biggest misconception is that VR is specifically for gaming. VR is actually a totally new computing platform. VR is part of … the spatial computing revolution.”

Myth 2: The Old Way Is The Best Way

Distrust of new technologies is a common reaction. This is particularly true in traditional industries where the adage of “this is how we’ve always done it” seems to be the answer to requests for new ways of doing things. While a few respondents highlighted mild trepidation over VR adoption with their older colleagues, a significant portion argued that the adoption of VR wasn’t an age issue but rather an exposure opportunity.

We couldn’t agree more. The divide between those who embrace VR and those who don’t depends on how VR is introduced into an organisation and its application area.

Myth 3: VR Is Only For Entertainment

When people think of VR, they tend to picture gamers exploring simulated worlds or corporate event-goers interacting with immersive marketing tactics. This is because the two most prominent applications for VR have been in marketing and gaming. Once-off marketing gimmicks in VR are frustratingly common.

VR applications have been utilised to recreate dangerous environments, helping workplace trainees in construction, engineering, and military combat practice in a safe simulation. Using VR for remote workplace training has allowed PwC to train up to 1000 people a day. Further to this are the findings that 91% of organisations are already leveraging or planning to adopt VR or AR technology.

At the moment, the public see VR as a technology for entertainment exclusively. This is an outdated perspective. Thanks to its ease of use, lowered costs and bespoke software applications, VR is the veritable new kid on the block that’s transforming the lives of organisations and individuals on a global level.